Rotary is a global network of inspired business and professional leaders who volunteer their time, talents and resources to transform their passions into relevant social causes to improve lives and serve their communities and the world.

He has been active in Decatur’s religious community, chairing his church’s finance council and a local Catholic school board. He has also served as president of the Community Foundation of Greater Decatur, chair of Morgan County Meals on Wheels, and director of the United Way of Morgan County and the Decatur-Morgan County Chamber of Commerce.

A Rotarian since 1980, Maloney has served as an RI director; Foundation trustee and vice chair; and aide to 2003-04 RI President Jonathan Majiyagbe. He also has participated in the Council on Legislation as chair, vice chair, parliamentarian, and trainer. He was an adviser to the 2004 Osaka Convention Committee and chaired the 2014 Sydney Convention Committee.

Prior to serving as a district governor, Maloney led a Group Study Exchange to Nigeria.

Professional Background:
Born as the only son of M. Ramachandran and Leela of Koikal Meda, Chettikulangara, Madhav had his schooling at Mavelikara. An Engineering graduate in Computer Science & Technology and specialised in Business Management, he worked with HCL Ltd. Mumbai & then with Tata Consultancy Services (TCS), Mumbai for 8 years and was the Marketing Manager at TCS for software products while resigning in 1998 to start Cyberland group of companies in Cochin.

Cyberland launched the first ever Internet Cafe of Kerala, and only the second of its kind in the country, when it started functioning way back in 1998. Over the years, keeping abreast with the trends in the technology, the company concentrated its focus to turn-key Networking projects. Now with 3 offices, Cyberland and Linknet are leading IT organisations in Kerala engaged in providing computer networking products and solutions to corporate clients and computer resellers. Cyberland, has won several awards including ‘Best Value Added Reseller Award’ at the national level instituted by CRN Magazine for 3 consecutive years. Cyberland has been included as one of the best run 100 IT companies in India by Channel World magazine in 2013, 2015 and 2016.

He is an elected Managing Committee Member and current Honorary Secretary of Kerala Management Association (KMA), one of the Founders and current Honorary Secretary of Cancure Foundation - now a leading NGO in the domain of Cancer Care, and also an active member of Kerala Chamber of Commerce & Industry, Regional Sports Centre, Kerala Fine Arts Society, Cochin Gymkhana Club and also a Free Mason.

Family:
Wife – Sujata Madhav Chandran hailing from Kolkata and daughter of R. N. Das & Jolly Das is a senior IT professional with over 26 years of corporate experience and has worked with IT Majors like Tata Consultancy Services (TCS) and Oracle India Ltd. Currently she is Global Head - Asset Leverage Solutions, Data Services & Analytics and is based at the Cochin office of TCS.
Sons -  Rishi Madhav Chandran (20 years) and 3rd year B Tech student at College of Engineering, Trivandrum & Mihir Madhav Chandran (17 years) studying 12th Standard at The Choice School, Ernakulam
Hobbies:
Singing & acting - for which he has won prizes at the school, college & university levels
An ardent shuttle badminton enthusiast, he spends 90 mts every morning at RSC Indoor Stadium.

As a Rotarian:
Joined Rotary International as a member of Rotary Club of Cochin Downtown in 2001 and thereafter had an omnipresent status occupying almost all positions, and winning many awards for his leadership skills and service activities. He made his Club a 100% PHF Club during his Presidentship in 2007 and also bagged the Best Club of the District Award. A much sought after organizer, trainer and leader in Rotary, he has addressed many Rotary events in Kerala and Tamil Nadu. On 15th January 2017, when he was selected unopposed to become the Rotary District Governor,  for the year 2019-20, for the revenue districts of Kerala and Tamil Nadu, that became the first time in the history of the Rotary District that a Governor was elected without an opponent candidate.

A true Ambassador for Rotary and one of the most liked faces of Rotary in our District...

Rtn. Shaheena Nizar, Rotary Club of Cochin Milan
SBI CSR & RC Milan Responsible India Proejct : With the help of the sponsorship received from the State Bank of India CSR fund, we were able to provide the following amenities to our schools under the Responsible India Project: 16 nos Green Boards to GGHS, Tripunithura 4 nos Green Boards to Mulavukad ALPS 4 nos White Boards to Darussalam ALPS Thrikkakkara. We extend our heartfelt gratitude to SBI & thank you Asst.GM Mr.Manoharan for handing over the green boards to Govt .Girls High school ,Tripunithura

Rtn. , Rotary Club of
Rotaractors are big asset to the Rotary community. There are many things we can work on, like helping them to become employable, to help them find good employment, to mentor them in their business, just to name a few. Looking forward to join hands and work with people who have the same goals as mine. Reach out to me on rajamohan@gmail.com

Rtn. Vasantha Kumar, Rotary Club of Coimbatore Saicity
Gift of Life, Srilanka video. Sequence of events from kids arriving from Srilanka and returning after successful heart surgery. This is a Global grant project

Rtn. SUBBAIYAN R, Rotary Club of Coimbatore Legend
Its a simple message from all the holy books of various religions - Be good to every living creature and respect the morals and values of life.  Thanks to Rotary International, as I believe that this is the right platform to understand HUMANITY, the only Universal language. Rotary is guiding me in fulfilling my ambition of serving the society. Proud to be a Rotarian !

Rtn. V VINOD KUMAR, Rotary Club of Coimbatore Monarks
There are things You have to see to believe, and there are things you have to believe to see. At Rotary I strongly believe on one thing, improve the employability students studying in rural background. This is the best way to gain economic progress and reduce unemployment and leading to a prosperous nation 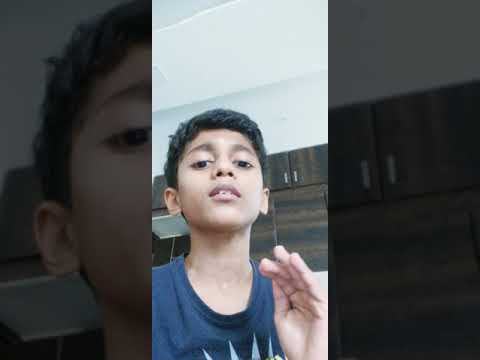